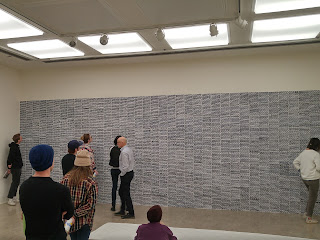 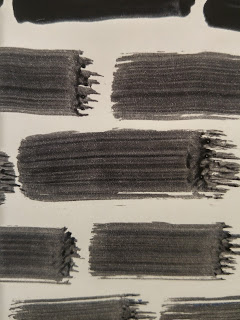 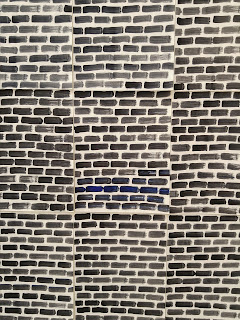 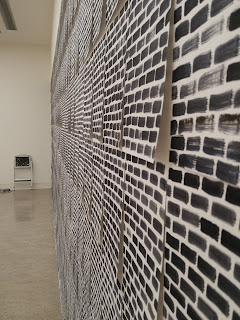 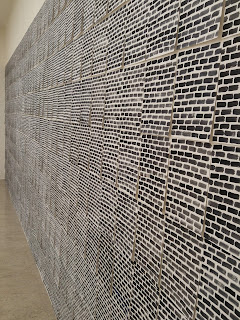 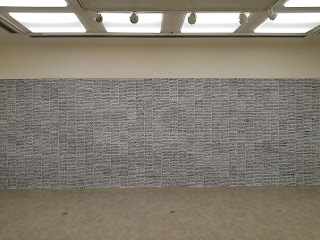 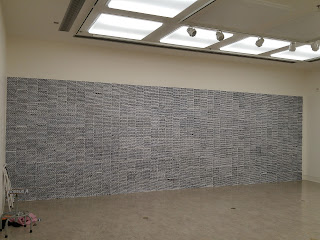 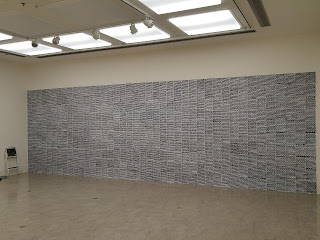 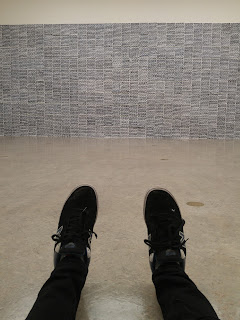 This project was prompted by the statement that all art is political. Using the symbol of the wall, I made a large number of single sheets of horizontal marks (that resemble bricks) and tiled these onto the wall of the Audain Gallery. I thought it would be a sort of parody of the virtuoso painter and the magical gesture of the artist's hand, but when I was installing it, it became more of a shrine or monument to the poetry of the artist's hand. I knew it was going to buzz optically, but it actually kind of hurt to look at; an interesting situation where you want to see it, but it hurts to see it, but it keeps drawing you in.
I received a lot of good feedback from profs and students so it was very gratifying.
Posted by peet at 5:53 PM