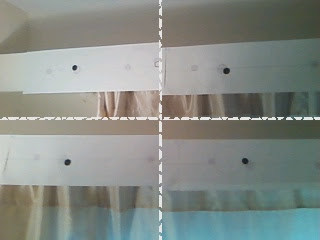 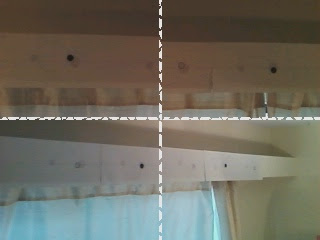 I started by thinking about the motives that Kandinsky would have had in painting Composition VII, 1913. Like other early modernists at the time, he believed that painting should reject traditional imagery. The modernists wanted to create a new art that would transform the society that they saw going to hell in a hand-basket (this was the eve of World War I) into a utopia that embraced the new developments in art and science. Kandinsky believed that he could create new forms and imagery that didn’t rely on the tradition of history painting, still life, the figure, etc, but was based on intuitive response and interaction with the act of painting. He used the analogy of music to help him create a new pictorial language with its own rules and structures. His hope was that his pictures would awake the “spiritual” in the viewer and enact a shift in ideology.
For the most part, I agree that a painting can enact change in a viewer . . . perhaps not to the extent that the modernists would have hoped, but I do believe that we are forever changed once we see a drawing that’s new and unlike anything we’ve seen before. It isn’t enough, however, to stimulate the viewer by the visual experience of a painting (or drawing). I wanted the viewer to interact with the drawing by having them walk along it. I used clinical (circular) forms in the drawing that are devoid of any inherent meaning so the viewer wouldn’t be preoccupied with the forms but with their relation to each other in the drawing. The forms are composed at regular intervals along the drawing to make reference to rhythm in music. I had a hard time holding back adding more forms but I decided to focus on the rhythm aspect of the drawing (maybe a little spoon fed?). One of the main critiques I have of Kandinsky’s painting is that the composition seems to be happening all at one time: like a chaotic explosion of form (and music). I wanted my drawing to express the temporal quality of music in a sequential fashion. I thought that this would help the viewer to engage with the drawing.
Lastly, the size and relative value of the forms in the drawing make reference to different musical notes or beat sounds (ie. the biggest circle could be the bass drum, the smaller circles being the snare, etc).
I think that my drawing reflects the global/universal shift that has been happening over the past 100 years since Kandinsky painted his 1913 canvas. Whereas Kandinsky’s forms are organic and spontaneous, the forms in my drawing are calculated and devoid of meaning in themselves. My drawing also reflects the effect of digitization and computers on visual expression: it can be dissected and re-sampled much like digital music editing software by moving the sections of the drawing around.
Posted by Pete Kohut at 4:55 PM