I'm pretty jazzed about my sculpture project! I'm going to make a collapsible/mobile monument! I was thinking of making a series of cubes that fit into one another like a matroyshka but during class yesterday, we saw some slides of the previous year's projects and the cube idea was one of them. Seeing it realized made me think it was actually kind of lame, an easy response to the question. I was really amped on the idea of a non-permanent monument I and just needed to give it a form. After talking with some of my classmates and my prof (who had brought in some samples of things she had lying around the studio), my project is going to take the form of an obelisk like the Washington monument, except it will be floppy/flacid using a pipe and cord system like the structure illustrated here: 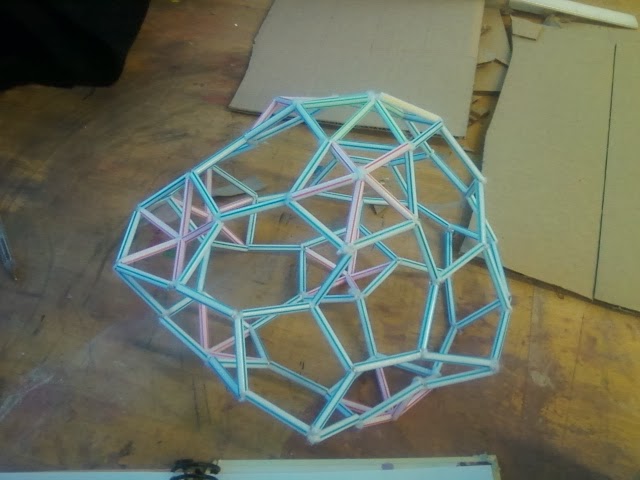 It's gonna be great! It's going to act more as a parody to the idea of the monument with it being flacid and limp and all (a totes jibe at the pissing contest that monuments tend to be). It's going to have to be large scale so I'm thinking of using some pvc tubing and parachute cord. Yes. I'm all for this one! :D
Posted by Pete Kohut at 7:19 PM