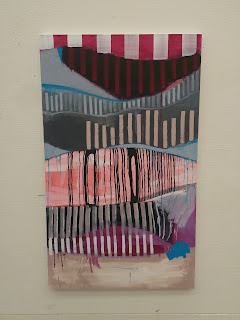 You may remember that I am also working on a series of more conventional oil paintings on canvas that uses striped forms as subject matter. As this series evolved (and taking cues from my other body of work ie. marks on cellophane) the paintings are becoming more and more reduced. I'm excited about this development, and especially this latest painting above because it allows me the possibility to use texture, facture, and surface quality as a compositional strategy. Below is a short animation of the development of my last painting. 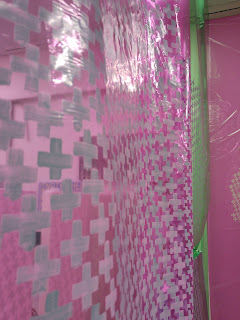 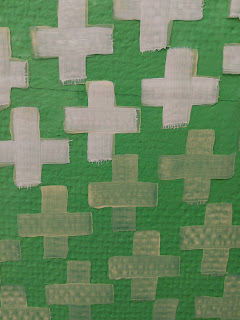 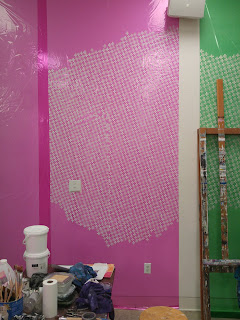 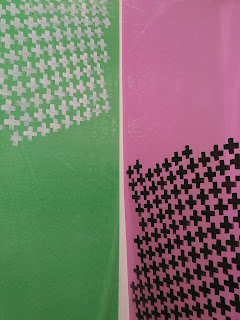 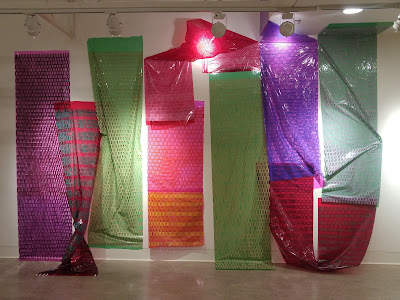 My latest installed piece titled "Time Becomes a Loop." I was thinking about the repetitive aspect of the mark-making I've been doing and how I could extend that to the plane itself. I was listening to my favourite Orbital album on which a sample of Lt. Woft (Michael Dorn) says "There is the theory of the Mobius: a twist in the fabric of space where time becomes a loop." Daily cycles, orbits, repetition are intrinsic to our daily lives and this is perhaps the metaphor that has come out of this new work.
I was also thinking about the Mobius strip in terms of what happens on the reverse side of the picture plane. Or what happens to the plane when it bends, twists, pinches, pulls, folds? All great devices which I could explore using the coloured cellophane I'm so fond of :)
I stuck with the same pattern throughout because I thought it would create harmony within the piece. The garish nature of some of the colour contrasts in the panels needed some sort of link to each other, so I think it was a good call to keep the pattern the same, even though I varied the size of the strokes slightly.
I opted to install it in the Concourse area of the VA building again, except in a spot with better lighting. I wanted to highlight the colour contrasts. This spot also provided an opportunity to extend the piece up to the second floor via the balcony/atrium kind of set up.
I'm pleased with the results and received lots of positive feedback. It's playful and fun (and frustrating) to look at. One thing that is lost, however, is the attention to the mark-making because the piece takes on an architectural or spatial relationship, leading to a whole new set of concerns and points of fixation. That doesn't sit well with me because I've kind of undermined my own intentions, so I think for my next piece, I need to maybe tone down the folds to reinforce the repetition of marks. Or maybe this is something I'm holding onto that I should discard for the sake of the work? Not sure yet. Anyways, below are some detail shots and a view from the second floor. 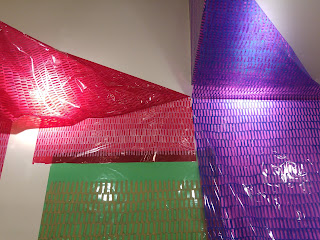 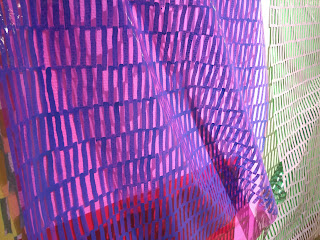 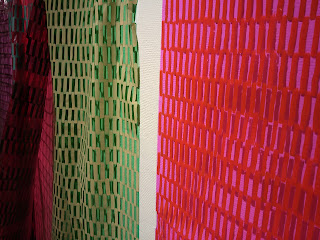 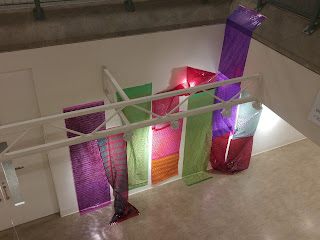