Here's a couple of the striped forms paintings I've been working on. I haven't titled them yet because I'm not 100% sure that they are finished. 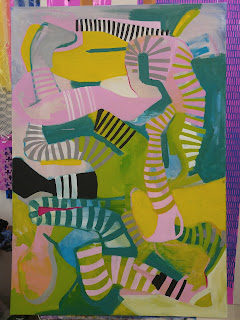 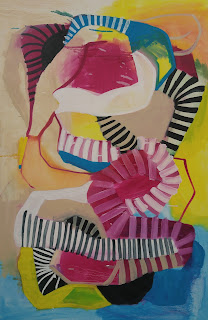 They are larger in size and I feel like they are metamorphosing into something else . . . not sure what yet haha.
Posted by peet at 10:11 PM No comments:

The Octopus Eats Its Own Leg

I went to see the Takashi Murakami exhibit at the VAG this weekend. I'm not a huge fan of Murakami's work, but I can relate to the hybridity of sources and the hyper-everything about the subjects. My criticism is that I feel with work that aligns itself so close to pop culture, there isn't much to dig out. I feel like there's even less to dig out of it when the work is in Japan or similar context. I'm sure that we read his work very differently here on the West Coast of Canada.
But, I put my own pre-conceived notions aside and I really enjoyed the show. The scale and scope of his work are very impressive, but this works needs to be large and loud and hyper. I don't think the message would come across on a more intimate scale.
You get a sense of the apocalyptic undertones which is ingrained in post-war Japanese culture, which can't help but get into the work, and it adds a real strength to it. I can imagine that the fear of nuclear annihilation would do some strange things to my work and bring out weird but sympathetic characters such as in Murakami's work.
I appreciated the video clips of him and his assistants at work in the studio. You get a real sense of the craft, labour, and highly considered choices inherent in the work. For me, I like to see how things are made, so this helped me enjoy the work on another level; as a maker.
I was less taken with his sculptural works because I feel the super-flatness of his graphics are what fills his works with a manic energy that leaps off the images in an embodied way. I was also disappointed in the glossing over of Murakami's commercial work. I feel like that issue is where a viewer might take issue or agree with his practice. I'm sure we would all take issue with the $45 octopus plushie in the gift store, but the question is; does the commercial success of the artist de-value the work? Is it okay to embrace a commercial culture and still have a gravitas to your work?

Here are a few images I took. 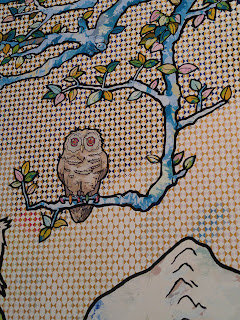 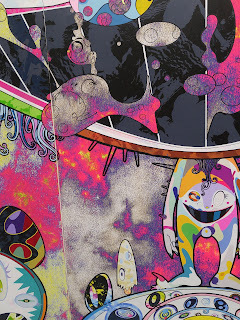 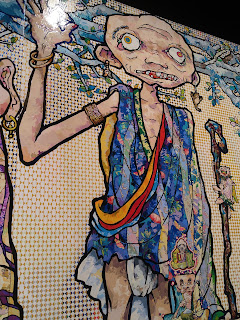 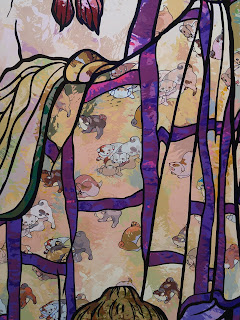 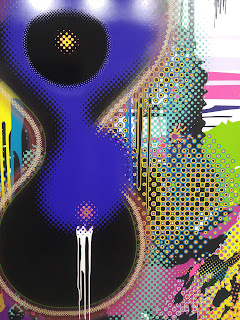 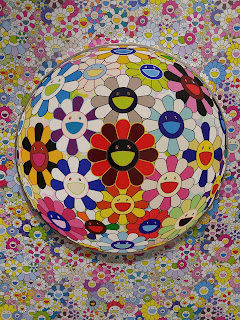 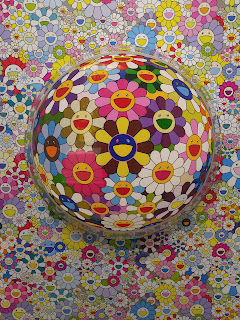 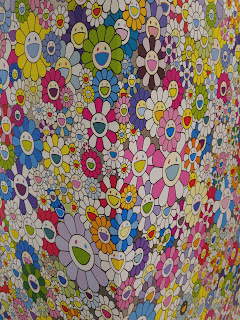 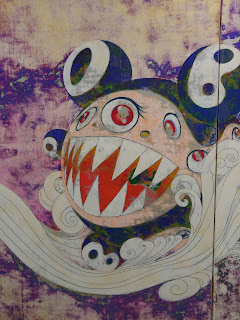 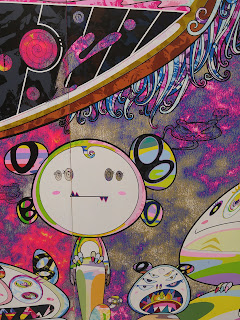 The show runs until the middle of May so if you have a chance to get down there, I highly recommend it. Here's a link to the show.
Posted by peet at 8:17 PM No comments:

Testing out some ideas

Here's a couple of images of the install ideas I've had. They aren't quite there yet, but you never can tell until you've got it set up in a space. 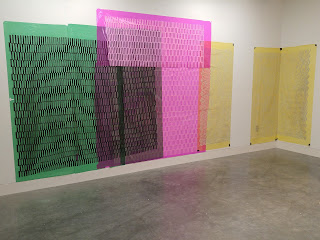 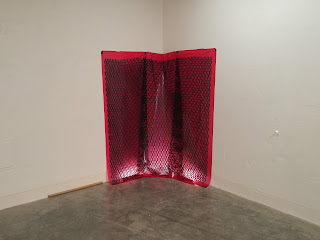 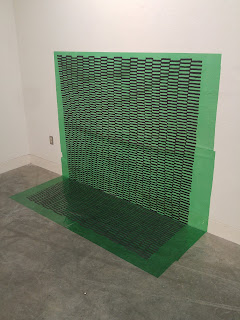 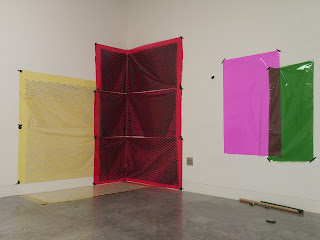 I'm liking how these pieces are starting to extend out spatially, but I think I can push it more . . . and not be constrained to the planes of the room ie. sags, folds etc.
Posted by peet at 10:35 PM No comments: